17% of all electricity consumed in the United States is for lighting, which makes it the largest end use of electricity than any other specified category. With Summer Solstice here America can see anywhere from 13.5 hours a day of sunlight all the way up to 22 hours in Alaska. With over 2,069,306,000 lightbulbs in the commercial sector of America, assuming they are all LED’s (which they probably are not) it costs .04 per hour, using the national average of 11.5 cents per kWh, to run. If there are 12+ hours in the day, that means we are spending $1,034,653,000 nationwide just on lighting in the commercial space….and that’s on the low end because 12 hours is the smallest amount of daylight had during this time of year in only some areas. This number is quite jarring considering the amount of energy just the commercial sector is using. Not only is this costing us TONS of money but it isn’t exactly great for the environment. So what the heck am I getting at?! There are tons of ways to reduce your lighting expenses, let’s talk about the obvious, easiest one…scheduling.

Out of all of these light bulbs in businesses throughout America, most buildings probably have mechanical timers, and some have some scheduling already set up. Mechanical timers are good however they do not account for cloudy days and rarely are changed to match the longer days of summer like today. Chances are they are probably coming on when the sun is still out and wasting millions of dollars and energy throughout the United States. Most energy management systems utilize an astronomical clock which utilizes equations using the latitude and longitude of a location to determine if the lights should be on according to the desired schedule. This is a sure fire way to know your lights are on when they are supposed to be on and off when they are supposed to be off.

One thing we often see in the field installing systems, are lights on during the day. The primary cause we see is human behavior. Before we install, the chameleon™ system lights are set to 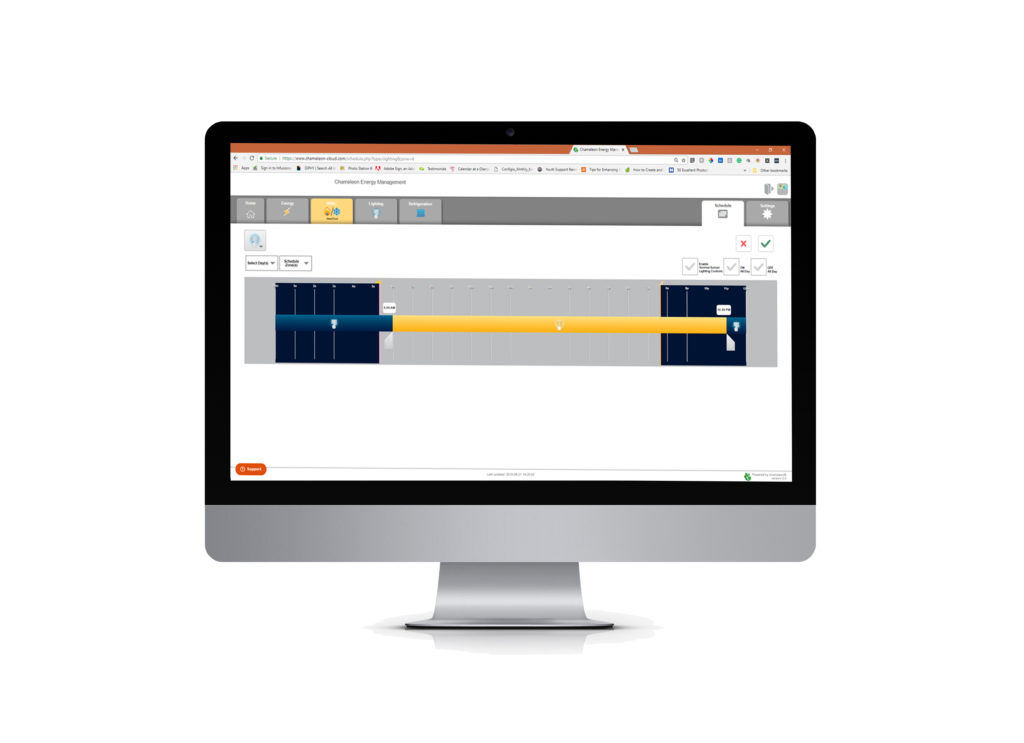 turn o via mechanical timers. For example, if the manager comes in early one day, the sun isn’t up and overrides the timer by manually turning on the lights the problem lies in the forgetfulness of people. Managers and workers get busy and forget to turn them off when the sun comes up resulting in dollars lost each day due to human behavior. Automated scheduling can save money by allowing your employees to override the regular schedule and revert back to the normal schedule after “X” amount of minutes. This way, if your employees forget to turn the lights off, no big deal they will still turn off themselves.

Whether it’s summer solstice or any other regular day reducing your energy consumption in the tiniest ways can improve the money going toward your bottom line along with saving the environment one light bulb at a time. If you have a mechanical timer in your business what are you waiting for? The tech is here! Get at us and let’s start saving you $$$.